Joel Hanson knew that he was going to lose his job at Dayton Power & Light’s Stuart Station, a coal-fired power plant on the banks of the Ohio River, that sits between Manchester and Aberdeen, Ohio. It wasn’t a secret. The company had announced the planned closure in March 2017 after asking the state’s Public Utilities Commission if they could raise electricity prices to keep the plants open. That ask had triggered negotiations with various state parties, including environmental groups, and eventually terms were agreed upon that required the closure of Hanson’s plant and a neighboring one only 20 minutes down the Ohio River Scenic Byway.

When the plants finally closed in June 2018, Hanson had worked there for 11 years. The closure forced other laid-off workers to leave the rural area, due to lack of other job opportunities, as the town of Manchester is nearly 90 minutes from Cincinnati, the closest major city. Hanson chose to take the opportunity to go to school for two years and collect unemployment through a state program.

“I’m staying here regardless if I have to drive an hour or two to go work somewhere. This is my home,” Hanson said. “But the more and more I did school work and looked at jobs away from here or online jobs that weren’t oriented here, the more I saw that I need to stay here, that I need this community in this place, and I think it needs me.”

Manchester is a small village in Ohio’s rolling hills of Appalachia. The downtown streets, just a block away from the Ohio River, still have storefronts, an indicator of a past where businesses were prevalent in the community that once was a busy river port and even a stop along the Underground Railroad for slaves who crossed into Ohio from Kentucky.

Although the town had been home to many different types of industry over the years, the Dayton Power & Light Company’s two plants – on either side of Manchester – started generating power in the 1970s and 1980s. The area’s biggest employer, the plants were deemed to “not be economically viable beyond mid-2018.” A study done by Ohio University found that the plant closure resulted in the loss of 1,131 jobs and a loss of $700 million to the area in economic output.

“We were to the point where we needed to add classrooms and we were out of room,” Manchester’s mayor, Teresa Blythe, said of her town’s school prior to the plant closure. Manchester’s schools were 100 percent funded by the power plants. “Now, we have empty classrooms because we’ve had to let teachers go, lost the funding, and the kids aren’t there.”

Manchester residents, determined to revive their town, gather in the community center to talk with Fox News. (Mark Meredith)

GET FOX BUSINESS ON THE GO BY CLICKING HERE

“I think when we heard the power plants were going to close, I didn’t realize the effects it would have on the community,” said Lori McCartney, member of the town’s council. “I just thought some people would lose their job. It’ll be bad, but I didn’t realize the devastation that would follow.”

That devastation could come to other communities, as the trend of coal-fired power plant closures continues, driven by both market and political shifts steer the country toward renewable energy sources and the country becomes less reliant on coal, a fossil fuel that is currently having a temporary uptick after a 29% decline in production last year. According to the U.S. Energy Information Administration, the largest coal retirement this year will be at Chalk Point in Maryland, followed by Big Bend in Florida, Bridgeport Station in Connecticut, and Genoa in Wisconsin. Sierra Club’s Beyond Coal campaign says that there are 339 coal-fired plants nationwide that have been closed or are proposed for closure, while 199 are still in operation. One plant in Fort Bend, Texas has a proposed retirement date of 2045, indicative of an inevitable trend.

“It should be a cautionary tale to any community funded by a coal-fired power plant that thinks it can’t happen to them,” warns Hanson. “It can.”

“I would tell people to have a back-up plan to be able to understand that one industry is not the holy grail of your economic development,” advises Holly Johnson, Adams County Economic and Community Development Director.

Despite former President Trump’s promises to save the coal industry while he was in office, the people of Manchester knew that it would be an uphill battle for any politician to keep their plants open.

“I think there was a hope that he would get in and save these plants,” Blythe said. ” You know, it wasn’t something he could fix. ”

Now, with President Biden in the White House, who declared on the campaign trail – “the future rests in renewable energy” – the people of Manchester are continuing to look away from Washington for a savior. They’re looking inward, toward themselves. 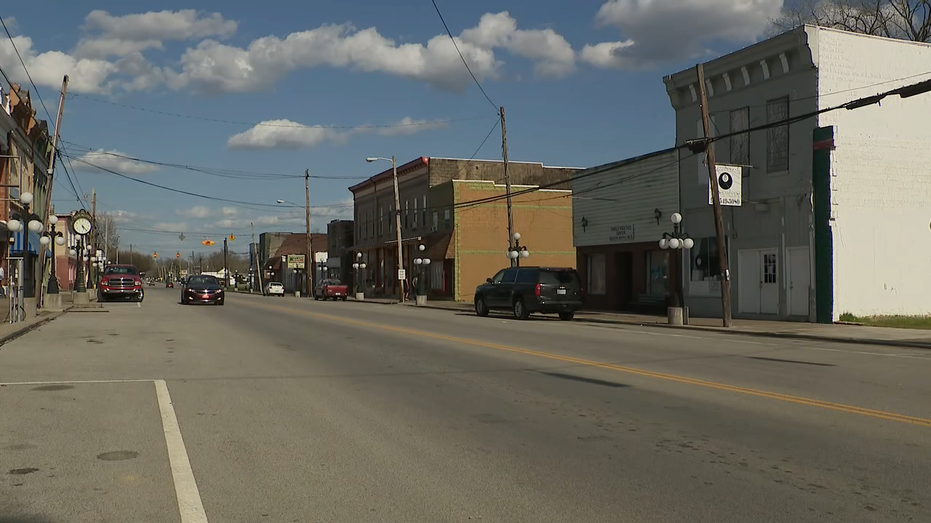 Manchester’s downtown is a visible reminder of what the town has lost since a flood in 1997 and the closure of two power plants, Stuart & Killen stations. (Mark Meredith)

“Like the movie ‘Rocky,’” Hanson said. “It’s like a comeback. You get pumped up thinking of it as a new beginning rather than the end.”

At a roundtable with local residents at the forefront of the effort to revive Manchester, Fox News heard about many of the plans to bring business back to the town. “I’m excited for what Manchester has,” said Nikki Gerber, who is spearheading the effort to install a kayak launch on the river, in hopes of making it a tourist destination. “I’m excited for this community.”

Currently, the town is also raising funds for a mural that’ll brighten up the downtown area. Countless other ideas, like a rooftop bar, were thrown around by Blythe, who describes herself as a “yes-man” to any locals with ideas for the revival.

“There’s some sadness, but some hope,” Blythe says, of the downtown area, as she walked by the storefronts, a stark reminder that despite the effort, all but a few currently sit empty.

One local realtor, Shandra Irwin, is trying to attract people to the area by selling it as a midpoint between the region’s attractions, including Kentucky’s riverside towns, Hocking Hills State Park, and Red River Gorge. “I don’t want to miss out on the opportunity because I would kick myself,” she says. “I see Manchester as this shining star, and I thought, oh my God, I missed out on it. I don’t want to do that.”

Irwin has convinced a few buyers to invest in Manchester, including one who has recently reopened a longtime pharmacy on the town’s main business street. “We’ve had four businesses within just the last couple of weeks that aren’t from this area discuss commercial space with me. We’re not moving fast enough for people who want to put in businesses.”

While Manchester hopes to see commerce again in the downtown streets, the nature of business is that stores come and go. But one thing in the downtown that has stayed, despite Manchester’s trials over the years: a marker that shows the height of the last century’s several major floods. Residents still talk about the most recent flood, in 1997, a turning point for the small town which saw a lot of loss, and even some deaths. In a local television news story from Cincinnati’s WCPO that aired at the time, a local reporter closed his story on the devastation caused by the floods by saying “somehow you get the feeling the people of Manchester will pull together.” 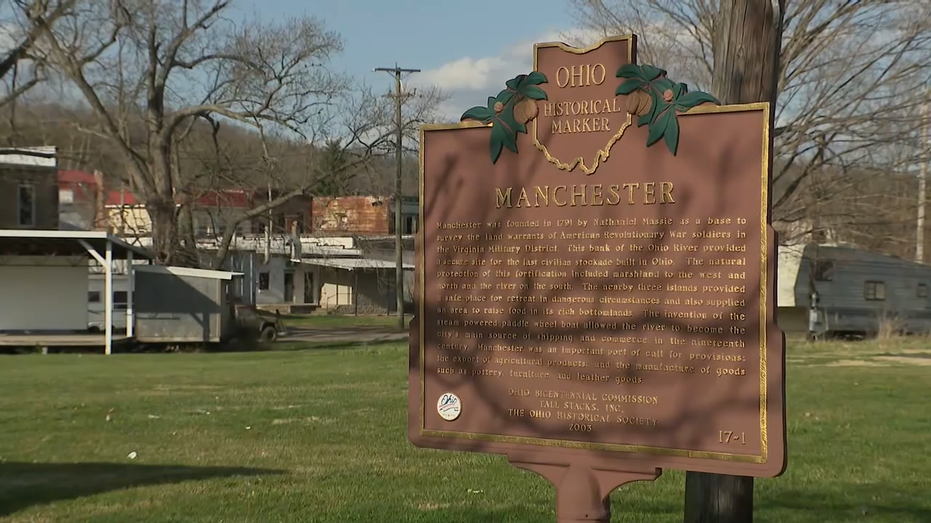 “The people that live here have the grit, the determination,” Johnson said. “This is our home.”

“It’s a community, it’s a family,” Blythe said, of the town she hopes will see a revival under her leadership. “You can’t give up hope.”

Read More: Ohio town struggles to after come back to life after coal plant closure

Uncovering the Deadly Toll of Air Pollution from Buildings