Shares of Warrior Met Coal, Inc. (NYSE:HCC – Get Rating) have been assigned an average recommendation of “Moderate Buy” from the seven ratings firms that are covering the company, MarketBeat reports. Two analysts have rated the stock with a hold recommendation and three have issued a buy recommendation on the company. The average 12-month target price among brokerages that have issued ratings on the stock in the last year is $38.00.

The firm also recently disclosed a None dividend, which was paid on Friday, May 20th. Stockholders of record on Friday, May 13th were given a $0.50 dividend. The ex-dividend date was Thursday, May 12th. Warrior Met Coal’s payout ratio is 3.90%.

In related news, CAO Brian M. Chopin sold 8,500 shares of Warrior Met Coal stock in a transaction that occurred on Wednesday, May 18th. The stock was sold at an average price of $34.00, for a total transaction of $289,000.00. Following the completion of the sale, the chief accounting officer now directly owns 6,545 shares of the company’s stock, valued at approximately $222,530. The transaction was disclosed in a legal filing with the SEC, which is accessible through the SEC website. Insiders own 1.00% of the company’s stock.

Warrior Met Coal, Inc produces and exports non-thermal metallurgical coal for the steel industry. It operates two underground mines located in Alabama. The company sells its metallurgical coal to a customer base of blast furnace steel producers located primarily in Europe, South America, and Asia. It also sells natural gas, which is extracted as a byproduct from coal production. 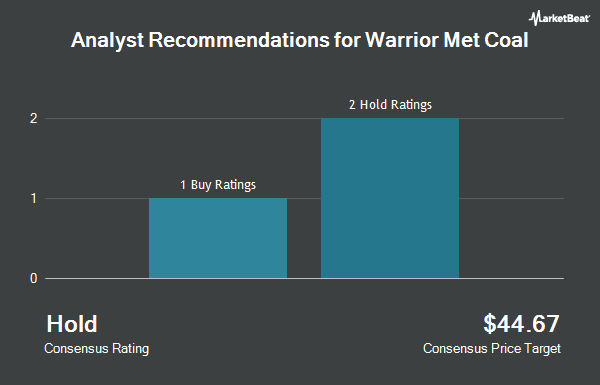 A battery metals play with a green twist that has…

One Reason Nuclear Power Has Been Overlooked