The prosaic business of making and laying cables is one of the hot sectors in the clean energy transition, as demand for products such as undersea high voltage lines leads to order backlogs of two to five years.

The world’s three biggest listed cable makers — Milan-based Prysmian, the Paris-based Nexans and the Danish NKT — had their market valuations at least more than double since lows last March, boosted by the EU green deal and by the Biden administration’s clean energy drive.

The trend was highlighted last week when Nexans, which supplies about one-fifth of global submarine cable market, said it would sell about a third of the company business to focus solely on electricity..

“Everything that requires electricity, requires cables,” Nexans’ chief executive Christopher Guérin told the FT. His new strategy will involve selling the units that make cables for the automotive sector, shipbuilding, and telecoms industry — which make up about 27 per cent of sales — in favour of the faster growing electricity business which makes up about 55 per cent of sales.

There is a ‘green premium’ on a lot of these stocks

Guérin said the company would use the proceeds make further acquisitions in the electricity sector, spending between €1.5bn to €2bn over the next three years.

Historically, cable makers have produced a wide range of cables — including fibre-optic cables, wiring for cars and ships, and for buildings, as well as electricity transmission lines — but competition is growing to capture the lucrative segment linked to renewables.

The biggest cable projects, typically with the highest margins, are offshore wind cables and undersea interconnectors, which involve laying heavy cables on the seabed floor up to 1500m deep using specialised ships.

Energy is the world’s indispensable business and Energy Source is its newsletter. Every Tuesday and Thursday, direct to your inbox, Energy Source brings you essential news, forward-thinking analysis and insider intelligence. Sign up here.

While cables revenues are presently relatively modest, with annual turnover of Prysmian, Nexans and NKT at about €10bn, €6bn, and €1.5bn respectively, the market is destined to grow alongside the offshore wind industry and the clean energy transition.

“The connection of offshore wind farms, solar farms, nuclear — there are 200GW of new offshore wind that will be connected in the coming nine years,” Guérin said. “It is a huge market that is emerging for us.”

“There is a growing market for the subsea power,” said Sean McLoughlin, head of industrial and clean energy research at HSBC, pointing to both offshore wind cables, and interconnectors. “It is the sexy part of the business . . . and it is all tied to the changing energy mix.”

McLoughlin added that cable companies used to be considered low-growth businesses that merited low valuations, but that was no longer the case.

Demand for interconnectors is rising as the EU and other countries work to develop more flexibility in their grid systems, boost cross-border electricity trade, and connect new renewable power to the cities where it is in demand. The market for interconnectors is expected to grow 14.3 per cent per year over the next decade, according to a report by consultancy Roland Berger and Nexans.


Another big area of growth for cable makers will be the US, where several large offshore wind projects are under way on the East Coast and wind development is expected to accelerate under the Biden administration.

“There is a ‘green premium’ on a lot of these stocks,” said Max Yates, research analyst at Credit Suisse, giving the example of highly valued wind companies Vestas and Orsted. “But there is also a very real reason behind this, which is that ultimately the outlook for these companies has dramatically improved.”

Prysmian said about one-third of its investors were ESG funds, a level that had increased greatly over the last 12-18 months, but rejected the suggestion that its share price had been pushed up by the hype. 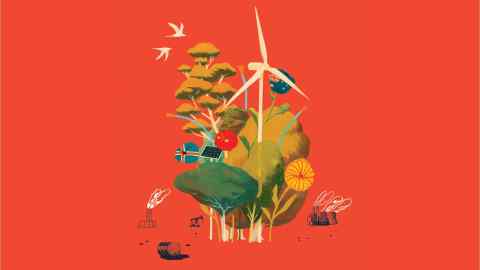 Chief executive Valerio Battista said that, unlike Nexans, Prysmian had decided to hold on to a diversified cable-making portfolio, which includes cables for telecoms, buildings, ships and railways, because these businesses generated cash. “Not a lot [of cash], but constant,” he added.

The Milan-based group, which accounts for about 40 per cent of global undersea interconnector installation, also said it was eyeing a new frontier — laying ultra-deep cables as far as 3km below the ocean surface.

This would enable cables to be laid across the Mediterranean, potentially connecting solar resources in north Africa with power demand in Europe, said Battista. Such projects were previously not technically feasible but could happen “in the next few years”, he said.

Nationalism on natural resources is surging; Miners could suffer

Divestment from Fossil Fuels is in Sight – The Daily Utah…

The Single Biggest Threat To The Electric Vehicle Revolution

Russian coal set to benefit from trade spat between…

The oil industry says it might support a carbon tax.…