“In the future, we’ll make it possible for all sorts of medical devices in the body, including pacemakers, to run without batteries, and instead use mechanical energy transformed to electricity in the body,” Dr. Sharon Gilead of Tel Aviv University, part of the team behind the innovation, told The Times of Israel.

“We are going to actually be able to use electricity that has been generated inside the body.

“It’s exciting, and will have real benefits for many people who currently need procedures every few years to remove their pacemaker and change the battery. This just won’t be necessary,” Gilead said.

The nano material, packaged in a very thin film, can harness any movement in the body, even the mechanical energy from the outside of veins as blood moves through them, and generate an electrical charge that can run devices.

The idea of piezoelectricity, accumulating electrical charge in solid materials, is not new, but until now scientists have been unable to create materials that are both nontoxic, making them suitable for implantation in the body, and able to generate enough voltage to power devices.

A pacemaker (Lightstar59 via iStock by Getty Images)

The academic team, from Tel Aviv University, the Weizmann Institute of Science, and scientific institutes in Ireland, China and Australia, mimicked the structure of collagen, the most prevalent protein in the human body. The researchers used nontoxic materials that they say will allow cheap production of the nano-film. The product will be akin to “a kind of tiny motor for very small devices,” said Gilead.

Her team has published research in the peer-reviewed journal Nature Communications outlining the innovation, which has been tested using movement that mimics the body. It now hopes to see the tech undergo human trials.


Gilead said that the innovation will not only eliminate the need for battery changing in medical devices like pacemakers, but will also allow them to be made smaller. “Batteries are small, but without any need for a battery, we’ll be able to make devices smaller and thinner,” she predicted. 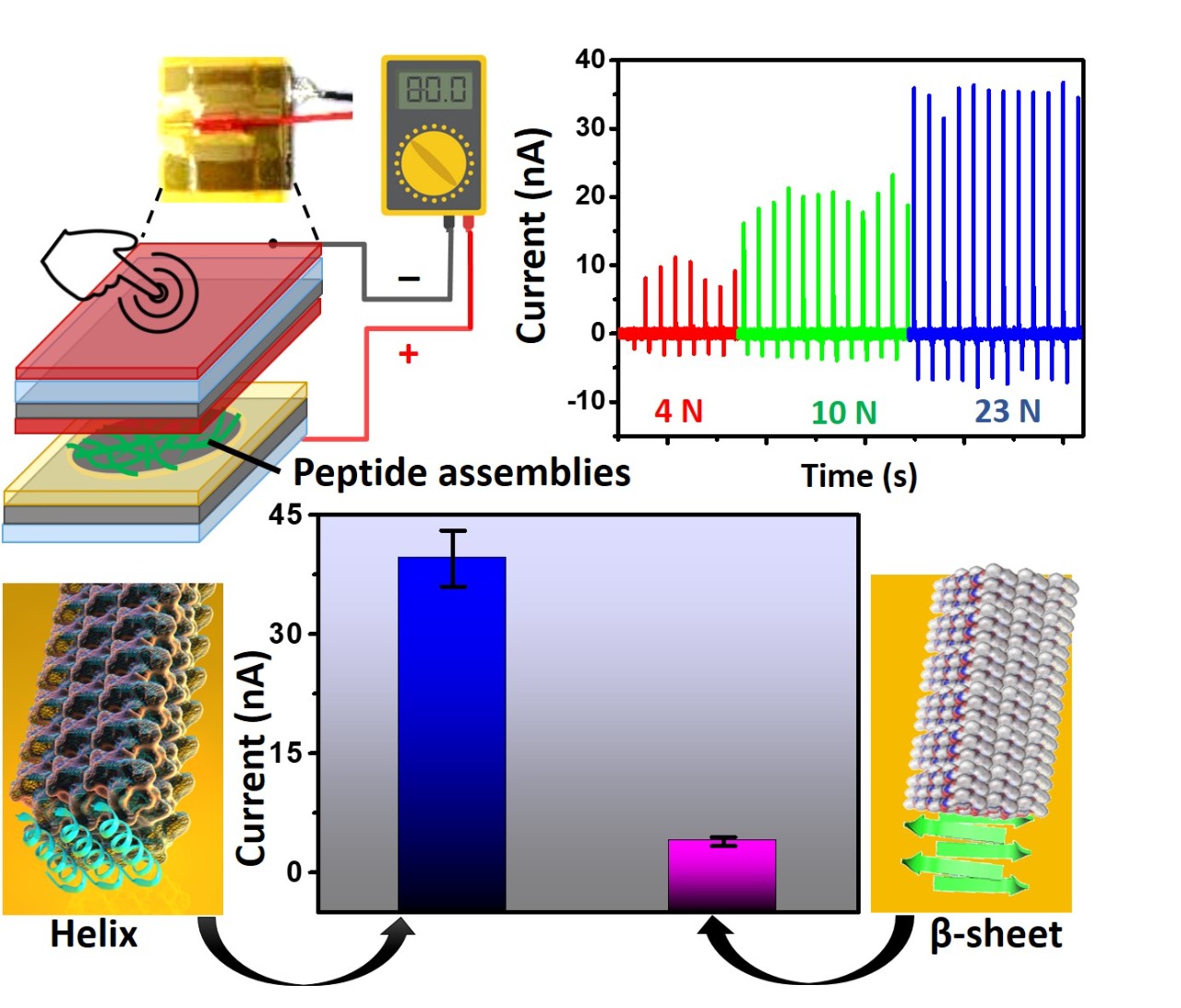 The lead researcher, Prof. Ehud Gazit of Tel Aviv University’s Shmunis School of Biomedicine and Cancer Research, expects the material to have many uses outside the human body. It can harness movement anywhere it occurs, he said, suggesting that the film could be placed on roads to capture the movement of tires to power street lights above.

The appeal of the nano-film stems from the fact that the its production process doesn’t use polluting substances often used for electrical materials and it delivers eco-friendly power, according to Gazit.

“Environmentally friendly piezoelectric materials, such as the one we have developed, have tremendous potential in a wide range of areas because they produce green energy using mechanical force that is being used anyway,” he said. “For example, a car driving down the street can turn on the streetlights. These materials may also replace lead-containing piezoelectric materials that are currently in widespread use, but that raise concerns about the leakage of toxic metal into the environment.”

Read More: Israeli nanotech may use body’s energy to generate power for pacemakers and more

The Caspian Sea Exploded Into a Towering Inferno, And The Cause Was Entirely Natural

Manchin spat with energy regulator could be self-sabotage, experts say

Addressing Climate Change Will Not “Save the Planet”

Energy partnership between U.S., Britain aims to ramp up LNG…

Manchin spat with energy regulator could be self-sabotage,…