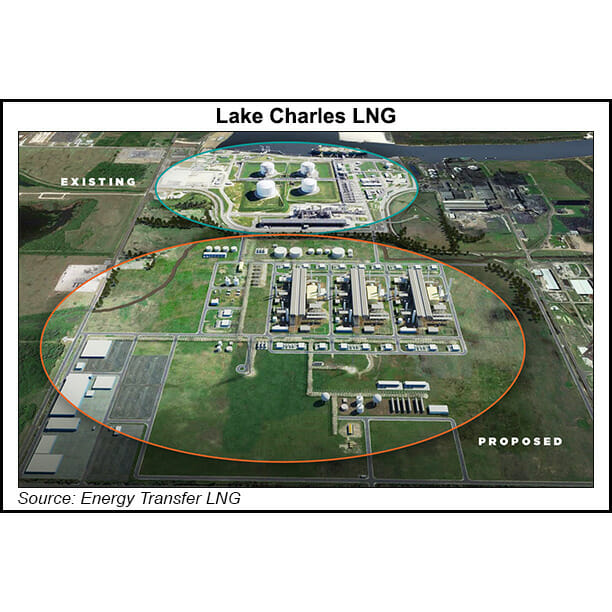 The company signed a sales and purchase agreement (SPA) with SK Gas Trading LLC of South Korea for 400,000 metric tons/year of LNG on a free-on-board basis. The 18-year deal is linked to Henry Hub prices.

Houston-based ET said first deliveries are expected to begin as soon as 2026. However, it is contingent upon a final investment decision (FID) for the 16.45 million metric tons/year project.

ET’s Tom Mason, president of the LNG business, said interest in the facility is growing, increasing the company’s confidence that it can reach a positive FID by the end of the year.

Long-term contracting of LNG supplies has risen sharply since last year as spot prices have jumped and buyers have looked to shield themselves from volatility and lock in better terms. Russia’s invasion of Ukraine is also likely to increase competition for the super-chilled fuel as buyers look to diversify their supplies in a pivot away from the pariah state.

In all, U.S. export projects have signed long-term deals to supply more than 15 mmty of LNG this year.  ET’s momentum is a marked turnaround from two years ago when Shell plc pulled out of the Lake Charles project amid a glut of gas and deteriorating market conditions, leaving ET to move ahead by itself.

Energy Transfer Is Looking to Add a New Fuel Source

Energy Transfer Is Looking to Add a New Fuel Source

Meet the EQTEC Directors for their year in review: Growth in…

FTSE 100 recovers, buoyed by equity rallies in Asia and US…