Last updated Oct 22, 2020
Share FacebookTwitterReddItWhatsAppPinterestEmailLinkedinTumblrTelegramStumbleUponVKViber
Across North Texas, companies are promoting and hiring people to take on leadership positions within their organizations.

Dallas Innovates covers prominent personnel moves in Dallas-Fort Worth businesses and nonprofits—from the newest startups to well-established companies. Here are the people moves tied to innovation and technology in the region.

Don’t miss a move: Get Dallas Innovates Every Day. Have a move? Let us know.

Kelcy Warren, the billionaire businessman and leader in the energy industry, is stepping down from his longtime role as CEO of Dallas-headquartered Energy Transfer LP.

Warren, who co-founded the midstream energy company in 1996 with some 200 miles of natural gas pipelines and 20 employees, will remain as executive chairman and chairman of the Board of Directors.

He said in a statement that he will continue to be intimately involved in the strategic growth of the company. 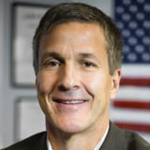 “I could not be more proud to pass the reins to Mackie and Tom,” Warren said in a statement. “Both have greatly contributed to our success, which I know they will continue in their new roles.”

McCrea has been with the company since 1997 when he joined the partnership as its SVP of Business Development. Since, he has help multiple leadership roles, most recently serving as president and chief commercial officer of Energy Transfer. 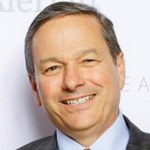 Long has served as chief financial officer since 2016. Prior to that, he was the executive vice president and CFO of Regency Energy Partners LP, which Energy Transfer acquired in 2010.

Both are also on the Energy Transfer Board of Directors.

Energy Transfer is a publicly traded limited partnership. The company owns and operates one of the largest and most diversified portfolios of energy assets in the country, according to a release, with a footprint in all major domestic production basins. 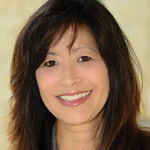 Mike Hsu, Kimberly-Clark’s chairman and chief executive officer, called Karrmann a great addition to the team who can help create a “winning culture where the world’s best talent thrives.” 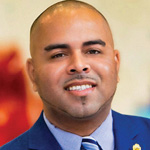 Rhoden has a vast background in sports and higher education law, according to the technology-focused law firm. Before attending law school, he worked for 10 years as a football coach at the NCAA Division I institutions and high school levels.

In his new role at MWM, Rhoden will serve as an associate representing NCAA college coaches and higher education leaders. He will also provide Title IX and other crucial training to universities across the U.S.

Most recently, Rhoden was a legal consultant in Charlotte, North Carolina for Horack Talley. There, he chaired the sports practice. 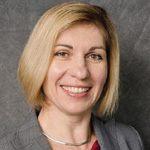 The Board of Directors at Dallas-based CyrusOne, a global data center REIT, has elected Katherine Motlagh as its new executive vice president and chief financial officer, effective Oct. 30.

Motlagh succeeds Diane Morefield, who announced that she was retiring earlier this summer. The two women will work together to ensure a seamless transition, according to CyrusOne.

She will be responsible for overseeing financial activities, periodic financial planning, reporting and managing operational finance, and more. 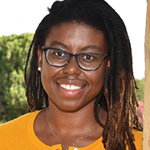 Dallas Area Habitat for Humanity is bringing on a familiar face in the local law enforcement community to serve as its new vice president of Government Affairs and Public Policy: Joli Robinson.

At Dallas Habitat, Robinson will serve as a liaison and spokesperson for the community. It’s a role she’s well equipped for, considering she’s joining the nonprofit after serving as the director of Community Affairs and Youth Outreach at the Dallas Police Department for around eight years.

By those who know her, Robinson has been lauded as a vocal change maker for racial equity via her volunteer and professional work. Per a statement, she was the first Black woman to head community relations at DPD, despite the office being created in the late 1980s to address a history of poor relationships between the Dallas police and communities of color.

Learn more about her here. 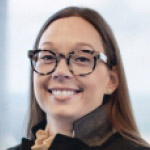 Dallas-based Imaginuity has promoted Kristin Nuckols to chief media officer after she has spent four years at the company building best-in-class media planning and buying capabilities for traditional digital media.

Imaginuity, known for reimagining marketing for the connected age, said that Nuckols will be leading one of the largest in-house media departments in the Southwest. Imaguinity has brought media planning, strategy, and buying together to offer advantages via relationships, savings, and technology.

“We are proud to name Kristin our first chief media officer—for years she has been the driving force behind assembling the exceptional talent and technology required to effectively convert our clients’ audiences into efficient conversions,” CEO Taylor Calise said in a statement. “By managing this in-house under Kristin’s leadership, we can create a frictionless experience as audiences journey through the media conversion path.” 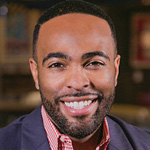 Crenshaw joined HudsonLake, which specializes in transformative workplace communications, in 2016 as a strategic communications consultant. Overall, he has more than two decades of experience as a trusted communications advisor building and leading communication initiatives at global companies, according to a news release.

In his new role, Crenshaw will oversee the firm’s internal and external marketing initiatives, business development, and reputation management. He will also be the North Texas market lead, which involves clients such as Toyota and 7-Eleven. 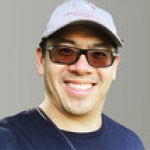 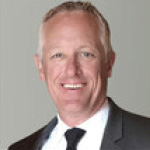 The members of the team will be tasked with focusing on growing NuZee’s B2B co-packing capabilities. The company intends to raise its profile of “industry-disrupting formats.” 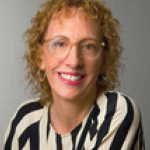 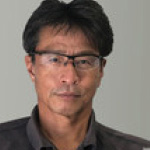 “I look forward to working with this diverse team of industry veterans to drive innovation and growth, helping us to lead adoption of single serve pour over coffee in the U.S,”Masa Higashida, president and CEO of NuZee, said in a statement. “This move is anticipated to help us widen our network, which aligns with our goal to expand our B2B partnerships with national brands & coffee roasters.”

The advisory team members are: Stanley Soebianto, who has over a decade of expertise in green coffee; Jill Talcott, a senior food technology innovator; Brent Toevs, owner of SEB Coffee; and Tokunori Yamamoto PhD, a research professor at Nagoya University Hospital.

ALTO has appointed Andre Ciani, an industrial real estate professional who spent eight years at Berkeley Partners, as its director of acquisitions. According to a release, he has a strong track record, extensive understanding of the U.S. real estate industrial market, and deep relationships that can help ALTO acquire more industrial properties.

AMN Healthcare expands its Board of Directors 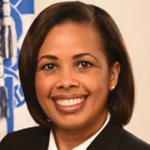 Dallas- and San Diego-based AMN Healthcare has appointed Rear Admiral Sylvia Trent-Adams, a distinguished leader in the U.S. Public Health Service Commissioned Corps, to its Board of Directors.

Trent-Adams experience includes decades of service, first serving as a nurse officer in the U.S. Army before entering the Public Health Service Commissioned Corps in 1992.

She went on to hold the role of deputy surgeon general and acting surgeon general of the United States. She has also been the principal deputy assistant secretary for health at the US Department of Health & Human Services, prior to her recent retirement.

“We are honored to have a leader of Rear Admiral Trent-Adams’ stature and legacy of service to join AMN Healthcare and help guide our company in the years ahead,” Susan Salka, the president, director, and CEO of AMN Healthcare, said in a statement. “Her commitment to helping underserved populations will be invaluable to AMN Healthcare as we strive to better serve the communities where we work and live.” 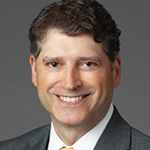 General practice law firm Sidley Austin has added attorney Eric Winwood to its team as a partner in its Dallas office.

“As a well-respected lawyer in the Dallas market, Eric has the specialization that we are looking for to continue building on our national employee benefits and executive compensation capabilities,” Yvette Ostolaza, managing partner of Sidley’s office in Dallas, said in a statement. “His experience in the oil an gas sector will be of particular value to our clients in that industry.”

DZS bolsters its executive leadership and other teams

Plano-based DZS has made a slew of changes to its executive leadership, technology, and operations teams.

DZS is a provider of fixed and mobile packet, optical transport, and connected premises solutions to global service providers and enterprises. According to the company, all new leaders bring a knowledge of cutting-edge technology and best practices, which will help fuel its growth in the 5G and fiber access markets.

The company changes are:

Augustine Agency brings on a board advisor 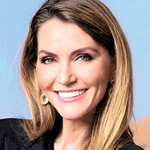 Dallas-based Augustine Agency, a fast-growing fully-integrated marketing agency, has brought on Barbara D’Amato to focus on its global growth strategies.

D’Amato will serve as a board advisor to the agency and strategize on acquiring private equity accounts. Her emphasis will be in technology.

The hire comes at a time when Augustine is looking to broaden its portfolio in Texas and beyond. Locally, its top clients include Avocados From Mexico and Mission Foods.

D’Amato brings more than three decades of experience in commercial and investment banking experience. She has worked with a variety of industries throughout her career: technology, financial institutions, sovereign wealth funds, healthcare, and biotech trades. 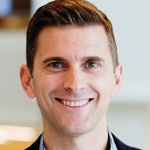 Irving-based Caris Life Sciences, a biotech innovator focused on fulfilling the promise of precision medicine, has named Brian Lamon, PhD, as its new chief business officer and the head of BioPharma Business Development.

Lamon brings more than 15 years of relevant experience to Caris, in both large pharma and academia. Previosly, he was the vice president and development lead for Genitourinary (GU) Malignancies and Oncology Development at Bristol Myers Squibb. He has also held leadership roles in clinical development and business development, and was an assistant dean of research development and assistant professor at Cornell.

In his new role, Lamon will be tasked with developing the business development strategy for Caris and translating it into actionable goals. 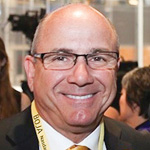 According to Rave, Webb and Firooznia will drive development in the Carolinas, a key area of expansion for Pizza Inn. They have experience in the industry and working together—both previously served at Bojangles’ Restaurants, Webb as director of real estate and Firooznia as regional vice president.

“Darren has a great network in the Southeast, specifically in the Carolinas,” Rave CEO Brandon Solano said in a statement. “Dion is a skilled communicator, a best-in-class operator and an expert at building relationships. Those skills will serve him well with franchisees. We believe Pizza Inn has huge potential to thrive in the North Carolina market, and these two men will be key for Rave to develop a stronger presence in this area of the country.”

Sign up to keep your eye on what’s new and next in Dallas-Fort Worth, every day.

Integumen has ‘perfect platform’ to roll out…