China’s Natural Gas Industry Is Booming Despite The Global Pandemic

The Coronavirus pandemic is devastating global demand for commodities such as oil and gas. China’s GDP fell by 6.8 percent during the first quarter, which is the first contraction since the cultural revolution. However, the Asian country’s economy has proven surprisingly resilient as the service sector expanded strongly in May despite exporting less for a fourth consecutive month. The consumption of oil and gas in mainland China is a rare bright spot in the global energy markets because demand has remained relatively high.

In its effort to contain the novel Coronavirus, Beijing took draconian measures. Gas demand has been 8 to 10 bcm lower in Q1 while consumption stabilized in Q2. According to a think-tank connected to China National Petroleum Corporation, growth will be 8.6 percent higher this year bringing total consumption to 330 bcm. Although the market is expanding, it is at a far slower pace than the double-digit figures we’ve seen in the last couple of years. The impressive growth of the Chinese gas market can partly be explained by the relatively low share of gas in the overall energy mix.

Due to abundant domestic coal reserves, natural gas has been of less importance. However, environmental concerns and a population that is becoming increasingly vocal concerning rampant air pollution, has led to a policy shift where cleaner gas is to replace coal over the years. 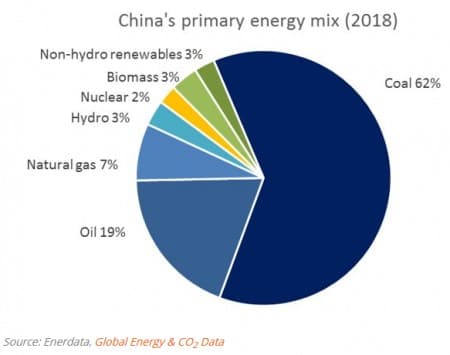 Market reforms and policy preferences strengthen the medium to long-term outlook for the Chinese gas market. During the past six months, gas pricing rules have been liberalized, infrastructure ownership has been reorganized, and upstream exploration has been opened for third parties including foreign firms. Beijing is increasingly considering energy security due to import dependence and a growing sourcing problem. Related: Will Canadian Oil See Any Federal Help?

Despite Beijing’s efforts to boost domestic production, the market share of imports will grow steadily. Several large infrastructure projects are in different stages of development. The massive Power of Siberia pipeline, for example, was finished last year and will satisfy the market in northeast China. According to Michael Mao, a senior analyst with Sublime China Information, “fearing a supply shortage like the one in the 2017-2018 winter, China has implemented an ambitious expansion of import terminals. That capacity, after two years of construction, will enter use from 2020.”

According to Mao the cost of Russian gas has turned out to be lower than analysts were expecting with around $6/mn Btu. The competitiveness of Siberian gas and the growing political relations between Moscow and…

Covid-19 in South Korea, France, and Italy: using the response to fight climate

Natural gas supply is a matter of life or death, so Texas should regulate it as such

5 Trillion Reasons To Be Bullish On Tesla

The fight to dismantle the little-known Energy Charter Treaty

Alternus Energy PLC sees a significant rise in backlog of…