The UN Environment Programme analysis shows that 15 major fossil fuel-generating countries will produce roughly 110% more coal, oil, and gas in 2030 than what would be necessary to limit warming to 1.5 degrees Celsius above pre-industrial levels, and 45% more than what would be consistent with 2 degrees.

Researchers call this disconnect between government plans and international climate commitments the “production gap,” which they conclude remains “largely unchanged” compared to previous assessments since the annual report first launched in 2019.

The latest analysis found that the production gap is widest for coal, of which governments plan to produce roughly 240% more in 2030. They are also planning to produce 57% more oil and 71% more natural gas than what is in line with the 2015 Paris Agreement.

Ploy Achakulwisut, lead author of the report and scientist with the Stockholm Environment Institute, said while the range is sobering, governments still have the power to reverse course and close the gap.

“It’s state-owned fossil fuel companies that control 50 to 55% of global coal, oil and gas production, but even when they don’t currently control production, government policies and subsidies enables production by private interests,” Achakulwisut told CNN. “It’s governments who can implement systemic economy-wide policies and actions, with the public interest in mind.”

“The main message is that governments have a primary role to play in closing the production gap,” she added.

Although the world’s largest coal producers, China and the US, are ramping down their production of fossil fuels, the shift would be counteracted by projected increases in coal production in India, Russia, and Australia, the report said. 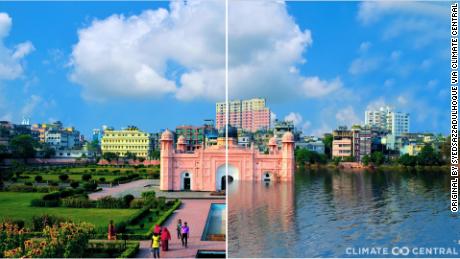 In 2015, more than 190 countries signed onto the Paris Agreement pledging to limit the precipitous rise in global temperatures to well below 2 degrees Celsius above pre-industrial levels, with a preferred goal of 1.5 degrees.
While half a degree doesn’t sound like a huge difference, climate scientists have said every fraction of a degree of additional warming past 1.5 degrees will trigger more severe and frequent climate extremes. Beyond 1.5 degrees, they say the world will see more record-setting wildfires, unprecedented heat waves, and deadly floods like in 2021.

“The point of the production gap report is to show that governments continue to not see supplying fossil fuels as contributing to the climate crisis,” Achakulwisut said. “The crux of the problem is governments of fossil fuel-producing countries are still not willing to publicly acknowledge that we need to wind down production rapidly in a sustained, managed manner in order to meet the Paris Agreement.”

A recent study found that a…

The sun is shining, so why isn’t Israel making hay of its solar energy?

Natural gas supply is a matter of life or death, so Texas should regulate it as such

5 Trillion Reasons To Be Bullish On Tesla

The fight to dismantle the little-known Energy Charter Treaty

The World’s Top LNG Trader Is Predicting A Natural Gas…

A Massachusetts company leads as the race for fusion energy…