Is a Big Win for Conservation a Blow to Climate Action? | Outside Features | Bend |

On July 22, Congress passed the biggest public-lands spending bill in half a century. The bipartisan bill, called the Great American Outdoors Act, puts nearly $10 billion toward repairing public-lands infrastructure, such as outdated buildings and dysfunctional water systems in national parks. It also guarantees that Congress will spend the $900 million it collects each year through the Land and Water Conservation Fund, or LWCF. The legislation boosts access to nature, funds city parks and will pay for a significant chunk of the massive maintenance backlog on public lands in the U.S. 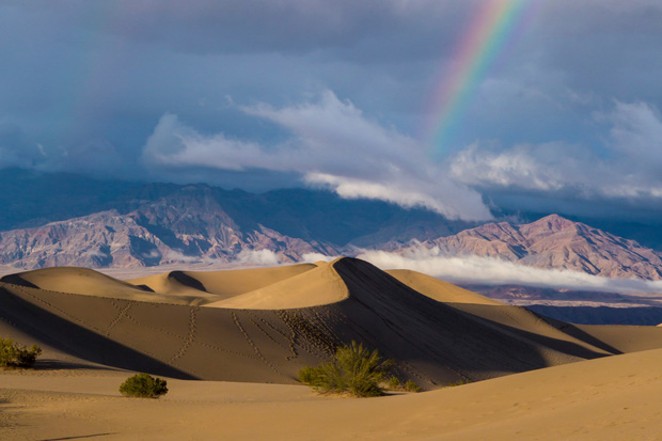 But it all comes at a cost to the climate. To pay the bill’s hefty price tag, Congress is tapping revenue from the fossil fuel industry. Though the new law has been cheered by conservation groups, it fails to address either the modern crisis of climate change or the impacts of the West’s growing recreation and tourism economy on wildlife. In this way, the Outdoors Act exposes the gaps between conservation and climate activism, while providing a grim reminder of the complicated entanglements of energy, economics, climate — and now, a pandemic.

The biggest windfall from the Great American Outdoors Act — up to $6.5 billion over five years — will go to the National Park Service. National parks are the public lands’ top tourist attraction, receiving more than 327 million visits in 2019 alone, but dwindling annual funding has left the agency with about $12 billion in overdue projects. These projects include everything from a $100 million pipeline to bring water to visitors and communities on the South Rim of the Grand Canyon to routine campground and trail maintenance.

The money will also benefit gateway communities in the West. A National Park Service analysis projects that the new legislation will create an additional 100,000 jobs over the next five years, on top of the 340,500 jobs the parks already support in nearby towns. For many places reeling from the pandemic’s economic toll on tourism, such as Whitefish, Montana, a gateway community to Glacier National Park, the bill will be a shot in the arm. Glacier has more than $100 million in overdue projects, and the infusion of money will bring new jobs after a dismal…

Read More: Is a Big Win for Conservation a Blow to Climate Action? | Outside Features | Bend |

Phillips 66 to stop making fuels from crude oil at San Francisco-area refinery, will

Best grills to shop in 2020, according to experts

Bank of America upgrades airline stocks on stock-market momentum, but warns the…

Britain to have 40mln electric vehicles by 2040 predicts UK…