Saudi Aramco, the world’s largest oil and gas company, will present its 2020 financial results on Sunday, March 21st. Considering the turbulence and volatility of 2020, Aramco’s results may reveal some of the trends to watch over the next decade in the oil industry.  The impact of COVID-19, immense demand destruction, high volatility in oil prices, and continued weak demand are all factors to keep in mind when assessing the upcoming Aramco figures. As a semi-listed national oil company, Aramco has the largest company-based oil reserves on earth, estimated to be around 276 billion barrels of crude. The financial results reported by the five integrated supermajors – ExxonMobil, BP, Shell, Chevron, and Total – might lead some to expect weak results from Aramco. Between them, the oil giants posted a combined record loss of $76 billion in 2020. While most of that loss was caused by asset impairments and write-offs, estimated to be around $69 billion, the real concern for shareholders has been net losses, with ExxonMobil reporting a loss of $22.4 billion, Shell and BP reporting a loss of more than $20 billion, and Total and Chevron reporting net losses of $5 billion to $6 billion. The cost of the global energy transition and the immense pressure to reassess the value of existing reserves or to divest vast parts of operating assets has hit these companies hard.

These developments, however, are not an issue Aramco will have to deal with, as the national oil company is not yet adjusting its reserves or divesting its international operational assets. While the Saudi giant is readjusting its overall operations to deal with the global energy transition by entering full-force into hydrogen and unconventionals, it still plans to produce every barrel of oil it can. As a national oil company, Aramco does not have to bow to activist investors or short-term trends. That means oil and gas will remain the main revenue generator for decades to come.

The most interesting parts of Aramco’s financial report will be the possible changes in its budget, as it has already slashed its CAPEX budget and some major projects have been delayed. Global oil prices have largely recovered this year though, so some analysts are optimistic about Aramco’s near-term future. Realistically though, despite being in a league of its own when it comes to production and spare-capacity, the current CAPEX cuts and postponement of major programs will likely be prolonged. Several large international projects have already been halted, such as downstream India, but Aramco will need to keep production in place and possibly even increase spare production capacity to counter possible demand growth in 2022. Aramco’s CEO Amin Nasser has already indicated that he is cautiously optimistic about global oil markets, expecting growth in 2022.

Expectations, based on the first three quarters of 2020, are that Aramco’s FY2020 figures will be lower than in 2019. In Q3 2020, Aramco reported a profit decline of 44.6% to $11.79 billion, compared to $21.29 billion in Q3 2019. The company also slashed its CAPEX 2020 budget to less than $25 billion, which is considered a critical level when considering the investment required to counter production decline. Some analysts expect similar CAPEX budgets for 2021, which would hurt the current bullish sentiment in the oil market.

In the short term, it will be Aramco’s net profit and its overall margins that drive markets. As the largest oil producer in the world and the main power in the OPEC+ agreement, Aramco’s financial stability is a major indicator of the stability of Saudi Arabia and the larger oil market. As the main government revenue generator, the stress on Aramco’s financials is immense. Investors and Saudi government officials alike will be very wary of any potential negative news emerging. They will also be worried if Aramco’s financials are not healthy enough to deal with the company’s CAPEX/OPEX needs while also paying out $75 billion in dividends. If revenues are very low, the dividend issue could start to destabilize the company’s future, as cutting CAPEX further would be seen in a very negative light. A potential expansion of production capacity, as was ordered in March 2020 by the Saudi government, has not yet been implemented due to low oil prices and CAPEX cuts. New production expansions, like Marjan, Berri, Safaniya, and Zuluf, have been delayed, while opportunities in the Red Sea offshore are currently still on ice.  Aramco’s figures will indicate just how strong the oil giant’s position currently is and whether its production capacity is about to come under pressure.

At the same time, analysts will be watching closely for any mention from Saudi Aramco officials about the ongoing escalation of the Yemen crisis. Increased drone attacks combined with the new long-range missile capabilities of the Houthis and other Iranian proxies pose a major threat to Aramco. Not only is the escalating Yemeni conflict a major threat to stability in the region, but also to the attractiveness and stability of Aramco. If a concerted drone-missile strategy is put in place, supported by Iran or other forces in the region, Aramco’s oil production and export capabilities will be severely hampered.

Weaker financial results, Riyadh demanding a higher percentage of revenues, continued instability in the region, and low oil prices are not a cocktail that will attract new investors or financial institutions. Aramco management and the Saud Ministry of Energy will be under pressure to convince markets that Aramco remains strong.

The financial world will be watching on Sunday when the company’s financials are reported. The attempts by Saudi officials at the moment to highlight substantial changes in the management of the company, major investments in blockchain, hydrogen, and even unconventional energy, are unlikely to be enough to halt the growing concern amongst analysts. Investors and traders will remain painfully aware that the future of Aramco is directly tied to the future of Saudi Arabia. Negative financial reports or assessments will have a tangible impact on the Kingdom itself. Luckily for Saudi entities, the world, even oil traders and hedge funds, are seeking stability at present. That sentiment could mean Aramco’s potentially negative report will be viewed in a more positive light. Whatever the result, one thing is certain, all eyes will be on Aramco this Sunday. 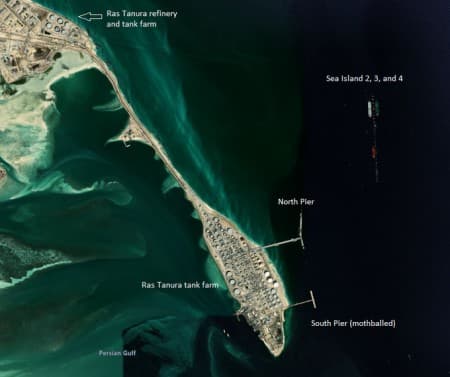 By Cyril Widdershoven for Oilprice.com

Read More: The World’s Biggest Oil Company Is About To Release Its 2020 Results

The Sunday Read: ‘How One Restaurateur Transformed America’s Energy Industry’

Without petroleum industry, clean energy would be left in the dark