By Alex Brummer for the Daily Mail

Britain’s transition to carbon net-zero was always going to be a big ask long before Russia’s horrifying war on Ukraine reshaped the global energy market.

The need for robust transitional supplies and a secure electricity base load was underlined in the recent ice snap when the winds failed to drive offshore wind turbines, as citizens were most in need of heat, and manufacturing feared brownouts.

Among the repeated failures of UK government policy, both Labour and Tory, is the failure to embrace a new generation of nuclear power. 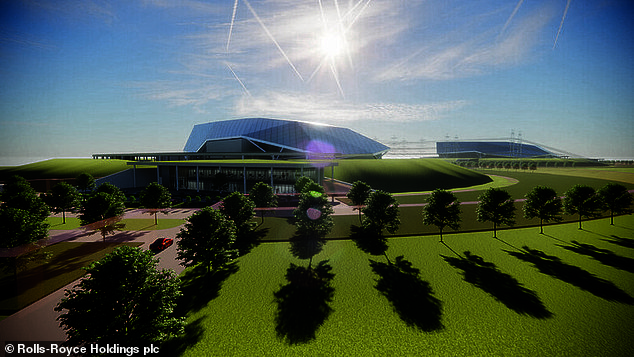 The UK was the first country to launch commercial nuclear energy with the opening of the Calder Hall facility at Seascale in Cumbria in 1956 showing terrific pioneering spirit. A combination of safety worries, nuclear waste disposal concerns and government short-termism betrayed a legacy.

What has long been evident is private sector financing of nuclear energy would only be unleashed with backing of the Government.

So reluctant has government been to provide funds that former Chancellor George Osborne brought in finance from Beijing to underwrite the building of the EDF-designed super-reactor at Hinkley in Somerset. Events since then might be considered high farce if they weren’t so serious.

Germany’s power behemoths EON and RWE backed away from the Horizon project for new reactors. Japan’s Hitachi was on the brink of investing, with government backing, until the Tories pulled the rug.

Now, as departing Rolls-Royce boss Warren East argues, the promising technology of Small Modular Reactors (SMRs), using the tried and tested engineering of the turbines that power the nation’s nuclear submarines, is failing to get appropriate support.

As a result, a potential export market worth £50billion to future generations potentially is being sacrificed.

As East points out, the Government funding provided for the regulatory phase doesn’t go far enough. Rolls-Royce wants backing for the commercial exploitation of the technology, which would assist in unlocking export orders.

There must be concern that if the opportunity is not seized, rival SMR designs, including a joint project of American electrical behemoth GEC and Hitachi, could beat the UK to the post.

The Government has all manner of financing mechanisms which could be tapped.

These include loan guarantees through the ECGD and support for the regulated asset base model – already being used for the Thames Tideway super-sewer – which allows dividends to be distributed to investors in the course of construction.

Rishi Sunak has a real opportunity to give future generations ‘peace of mind’ about energy supplies by embracing Rolls-Royce’s nuclear ambition.

All eyes are on Elon Musk’s vote to oust himself from his $44billion (£36billion) hobby purchase of Twitter, the social media site much loved by celebrities, journalists and assorted weirdos.

At the other end of the economic scale, activist investor Lecram Holdings is making real progress in its effort to eject Paul Pindar as chairman of the online estate agent Purplebricks, worth just £27.4million.

That wouldn’t buy the company more than a few days of investment banking fees!

A vote of 30 per cent of shareholders against the chairman is hardly an expression of confidence.

After all, 30 per cent is generally regarded as effective control in City lore and is the threshold at which overpaid directors join the official name and shame list.

After years of rising house prices, the market is going through a periodic dip. Moreover, the fashion for online enterprises has faded fast with The Hut Group (THG) and Asos among those suffering setbacks.

Turning Purplebricks around is a huge ask. Removing Pindar and sending in Rightmove veteran Harry Hill would offer suffering investors a glimmer of hope.

No one could begrudge residents of Buenos Aires, Paris of the southern hemisphere, their partying after triumphing in Qatar. The Argentine team gets three gold stars on its emblematic blue and white shirts.

It is another record to add to the country’s epoch-making history of defaulting on its debt nine times since it gained independence in 1816.

That takes some doing for a nation blessed with natural resources of shale gas, lithium, gold and copper.

Energy Transfer: You Will Regret Not Buying This Dip (NYSE:ET)

Letter: France shows how nuclear procurement can be done

General Fusion squeezes out milestone in harnessing energy of stars

Largest increase in the UK nuclear liability regime for 50…

EV carmakers work to fit auto dealers into their future…