The philanthropist told Daily Mail Australia the government was risking ‘destroying the landscape’ and ‘ruining people’s homes’ with its push for more energy through dams and wind turbines.

His intervention comes after Climate Change Minister Chris Bowen previously admitted that, to meet the government’s net-zero goal, Australia would have to install 40 large wind turbines a month and 22,000 solar panels a day.

Meanwhile, Patricia McKenzie, the chair of the country’s biggest coal-fired power generator and CO2 emitter AGL, has warned it would need about 98 gigawatts of new capacity to speed up the closure of its coal power stations.

She said that new capacity would be needed by 2030 to ‘keep the lights on’, which would put ‘unacceptable pressure on energy security and affordability’.

The nation has added only about 2.2GW of capacity over each of the past five years.

Mr Smith says that nuclear power is the obvious answer to the crisis and says Australia needs a government that embraces it. 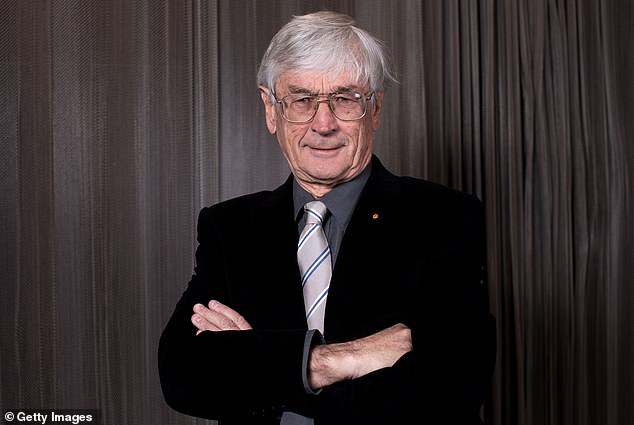 ‘I’m a big fan of renewables but the longer we delay going to nuclear, the more carbon we’ll have in the atmosphere.

‘It will take 10 years to get the first nuclear power station going so we can’t delay but I know this government will and that will cause problems.

‘It is too expensive to store energy from renewables. For water, we’d have to have dams in our valleys, which would destroy them and then dams at lower levels. You’d need a hundred dams across the country.

‘For wind, we’d destroy the landscape and people’s beautiful homes with wind turbines.

‘We also have to think about wind droughts. Even if we had turbines all over the country, droughts would be inevitable and with the weather changing as much as it is, it’d be impossible to predict them.’

‘There are claims from the CSIRO that renewables plus storage are cheaper than coal,’ he said.

‘That is just a complete lie. Storage costs would have to come down 40 times to make renewable cheaper to store than coal.

‘The claims that renewables are cheaper are just not true.’

Mr Smith did not back up his claims, which are in direct contrast to a CSIRO report from earlier this year that said solar and wind continue to be the cheapest sources of new-build electricity. 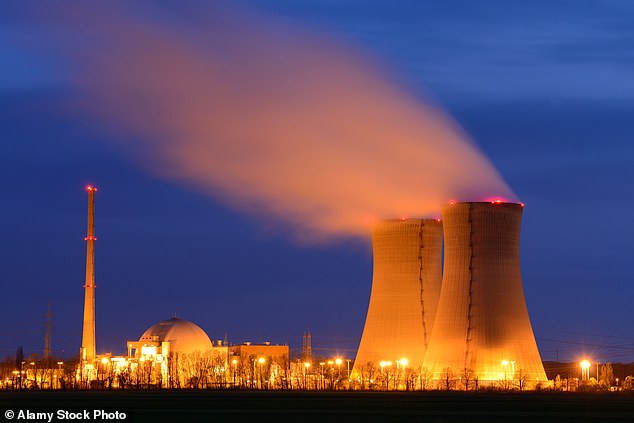 Mr Smith says that nuclear power is the obvious answer to the energy crisis and says Australia needs a government that embraces it (pictured: A nuclear power plant in Germany)

Mr Smith also rejected nuclear safety fears and pointed out that 75 per cent of France’s electricity is derived through nuclear power.

Australia has just one nuclear reactor, at Lucas Heights in Sydney. The government-run facility does not produce power, it instead mostly creates chemical elements used in medicine and scientific research.

‘There is a nuclear reactor in Sydney. In France, the attitude to nuclear power is completely different,’ Mr Dick said.

‘I know I’m fighting against the tide but the younger generation are more accepting. My generation, that lived through the Cold War, they are terrified of nuclear power. But I speak to my grandchildren and they are more understanding. 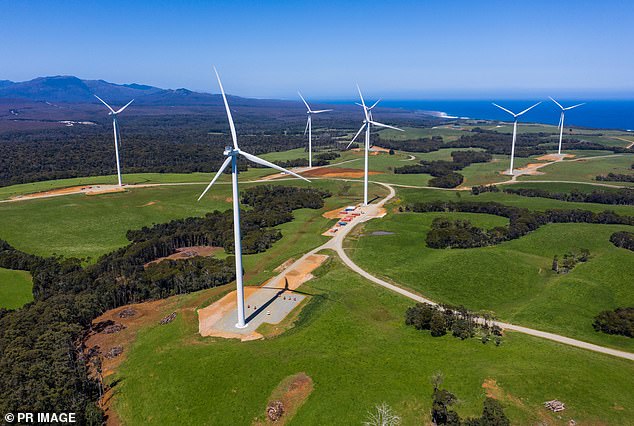 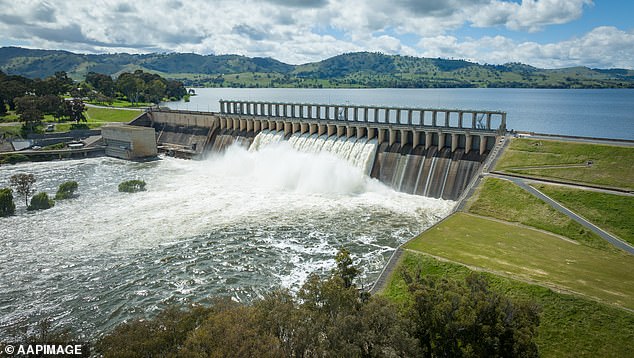 ‘We need a government that accepts nuclear power. Did we ever think we’d have nuclear submarines? No, but we do and now we need to embrace nuclear power. We’ll have to go there one day.

‘We have a serious climate change problem and we need to make a serious decision on the solution.

‘Not moving towards nuclear will lead to higher temperatures, ice will melt and water levels will rise.

‘It’s a very hard decision to make but the whole world needs to embrace nuclear power before it’s too late.’

The rapid shift to net zero emissions is now the ‘law of the land’ thanks to the Albanese government’s ambitious climate change bill passing in both the Senate and the House of Representatives.

However, commentators have begun to question if we are speeding towards a renewables wreck. 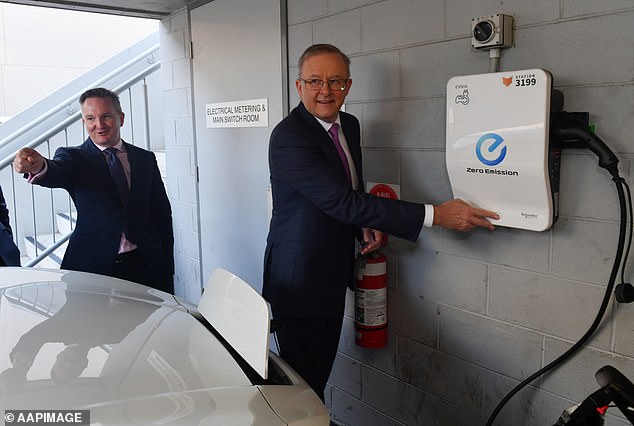 Labor’s shift to net-zero by 2050 and a 43 per cent reduction in emissions by 2030 is now law (pictured: Prime Minister Anthony Albanese and Climate Change Minister Chris Bowen)

‘No-one in authority has the courage and intellectual honesty to explain the magnitude of the power transition this country is forced by law to embark on and the dire consequences of its likely failure,’ Peta Credlin, Tony Abbott‘s former chief of staff, wrote in a column for The Australian.

Climate Change Minister Chris Bowen admitted Australia will have to ‘mine, move and manufacture immense volumes of material, energy and equipment… and to train and mobilise hundreds of thousands of skilled workers (in a) collective endeavour that is almost of unprecedented scale’ to meet the government’s targets.

At a forum in October, featuring chief executives from the country’s top electricity companies, Alinta CEO Jeff Dimery warned power prices would rise by 35 per cent next year, pointing out it would take an $8billion investment in renewables to replace $1billion worth of fossil fuel capacity.

The government’s climate change bill requires greenhouse gas emissions to drop 43 per cent by 2030 and hit net-zero by 2050.

‘In practical terms, that’s 28,000km of poles and wires with the trained trades to erect it, and necessary access to farming land and property across the country.’

Letter: France shows how nuclear procurement can be done

General Fusion squeezes out milestone in harnessing energy of stars

EV carmakers work to fit auto dealers into their future…