Unit 2 of Ontario Power Generation’s (OPG) Darlington nuclear power plant has been reconnected to the grid at 100% full power, marking the official completion of the first refurbishment of the site’s four Candu units. 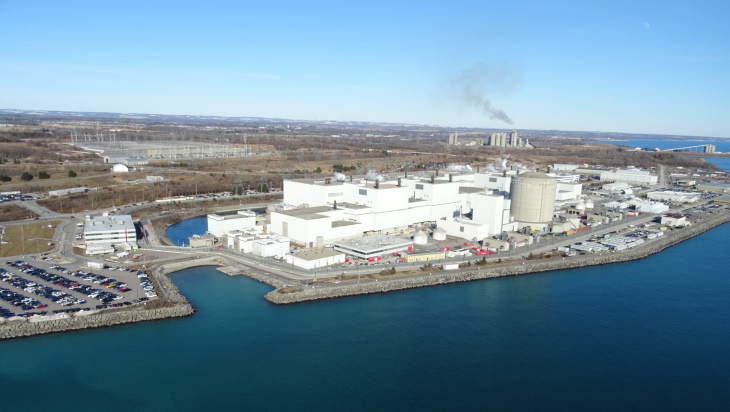 Grid connection is the culmination of over a decade of planning followed by more than three years of work that has seen the unit disassembled and rebuilt to allow it to operate for a further 30 years. It achieved criticality in April.

“This is a truly historic moment for Ontario,” OPG President and CEO Ken Hartwick said. He thanked the teams involved for their work to return the unit to the grid “at a time of unprecedented circumstances”.

The refurbishment of Darlington 2 began in October 2016 when the unit was disconnected from the grid. It was then defueled. The complex work to dismantle and reassemble the reactor was practised in over 750,000 hours of training at OPG’s Mock-up and Training Facility at the Darlington Energy Complex, resulting in improved efficiencies. The project’s success was also ensured by innovative technology and precision tooling delivered by hundreds of Ontario manufacturers, the company said.

Dietmar Reiner, chief project officer and senior vice president of Enterprise Projects, said the refurbishment would have been a “daunting” task at the best of times. “To have completed the final steps amid the challenges, distractions and restrictions related to COVID-19 is a true testament to the team of nuclear professionals who played a role in this project,” he said.

Refurbishment of Darlington 3 is scheduled to begin later this year, with completion expected in 2024. Work on unit 1 is to begin in 2022 and unit 4 in 2023, with the entire refurbishment project scheduled for completion by the end of 2026.

Ontario’s Bruce Power is also in the process of refurbishing the first of four units at its Bruce site in order to extend their operation to 2064. Bruce CEO Mike Rencheck offered his congratulations to the OPG team.

“Bruce Power and OPG have proven that … nuclear refurbishment projects can be delivered efficiently and effectively, providing clean, reliable low-cost electricity to Ontario homes, hospitals and business and lifesaving medical isotopes for the long term,” he said.

U.N. Official Says Iran Trip Made No Progress in Learning About Nation’s…

Ottawa urged to give nuclear energy a boost

Biden pledges to slash greenhouse gas emissions in half by…

IMFA to invest Rs 900 crore to boost production from Odisha…