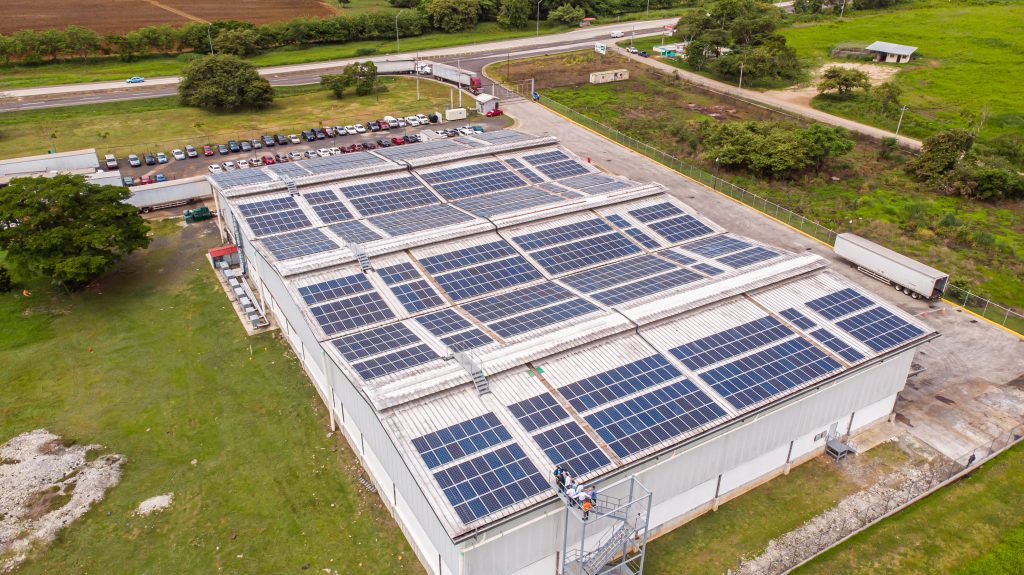 Colombia’s Celsia has kicked off the second half of 2021 with project completions in Panama as part of the energy group’s renewables build-out strategy.

In June, Celsia put into operation two solar rooftop systems totaling 1,500 panels in the Central American country where the company has previously installed such projects.

One array (pictured) with over 1,000 panels was installed at consumer goods distributor Dicarina’s distribution center in Herrera province.

The logistics hub is Dicarina’s first to boast photovoltaic panels and will reduce annual CO2 emissions by 152t. Celsia will provide maintenance for 15 years.

The second system to come online was at beer and soft drink manufacturer and distributor Cervecería Nacional’s distribution center in Colón province.

The center is also Cervecería’s first to have a solar array and its 450 panels will prevent the release of 54t/y of CO2 emissions.

Cervecería president Danilo Pires said that the goal is for renewables to supply 100% of electricity and to reduce carbon emissions by 25% along the value chain.

The beverage company plans to put into operation other solar systems in La Chorrera, Chitré and Santiago de Veraguas.

At the utility-scale level, Celsia is nearing completion of its first solar park in Panama: the 9.69MW Prudencia plant in Chiriquí province.

Celsia’s Panama operations include hydro and thermo plants and electromobility infrastructure and the group also has a footprint in Costa Rica and Honduras. Central America represented 12.5% of Celsia’s 1Q21 revenue.

To continue reading, subscribe to BNamericas to get all the information in this article and access to related news items and reports.

Deepverge PLC on track to deliver 2021 results as guided

All govt buildings to run on solar energy soon: Minister : The Tribune India